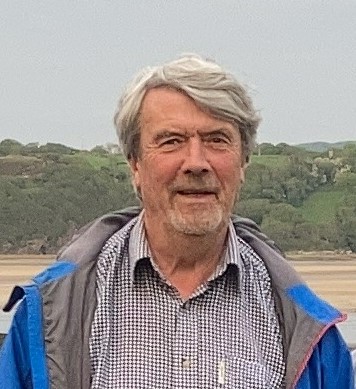 The Biddulph community was in “shock” this week following the sudden death of a man described as a “force of nature” and the “rock” of a well-established organisation.

He was secretary of Biddulph and District Genealogical and History Society whose chair, Roland Machin MBE, said this week that Mr Outhwaite’s “dedication, work ethic and multiple skills will be hard to replace” and that “in recognition of his legacy to local history we resolve to continue his exemplary contribution and dedication to the cause”.

Mr Outhwaite, of Harriseahead, leaves wife Geraldine and their son Lee.
He was originally from York and after graduating from the University of Lancaster in 1970 began his career at British Oxygen Company (BOC) in Sheffield.

The family lived in south Yorkshire and Mr Outhwaite worked with BOC until 1982, becoming its regional distribution manager. He then set up his own light haulage business, Distribution Unlimited.

That was until 1991 before deciding to start a narrowboat business called Harry Berrisford Narrowboats, named after his late father-in-law.

When Mr and Mrs Outhwaite moved to Staffordshire in 1995, they lived on a narrowboat for a year, during which time Mr Outhwaite worked as an office manager for a healthcare management consultancy firm First Consulting Group in Macclesfield. Mrs Outhwaite managed adult education courses for Macclesfield then taught at Stoke College.

The couple moved to High Street, Harriseahead, in 1996. Mr Outhwaite had a change of career in 2002 when he started to teach at Stoke College and gained qualified teacher status. He retired in 2015.

Son Lee said that from 1991 The Harry Berrisford narrowboat was a central part of family holidaying. His late grandparents, Mr Outhwaite’s mother and father Joseph and Mary, were “very frequent crew members”.

Lee said: “David was very close to his mum and dad and they had an opportunity to have a long and happy time cruising the canals with David, in their retirement.”

Mary and Joe are commemorated on a bench near the mooring at the top of Bosley locks on the Macclesfield canal.

Lee added: “The whole family spent time on the boat. Uncles, aunts, nieces, nephews, friends and relations had an opportunity to experience life at a slower and more natural pace, always with a very genial and patient host and skipper.”

As secretary of the town’s genealogical and history society “he was a force of nature, mobilising publications and speakers”, said Lee. Mr Outhwaite’s society write-ups were published every month in the Biddulph Chronicle.

In his tribute to Mr Outhwaite, Mr Machin said: “The committee of the Biddulph and District Genealogical and History Society along with the membership and the wider community were shocked to hear of the passing of David Outhwaite. David was our secretary and much more.

He was the rock on which the present society has flourished and grown in stature and scope over two decades.

“His contribution extended far beyond that of secretary, in addition to arranging speakers and advertising meetings he wrote and published detailed accounts of every event and committee meetings.”

Mr Machin said that with his background in computing Mr Outhwaite circulated the agendas and detailed minutes “adding to group cohesion, a characteristic of the society that very much endures”.

Mr Machin added: “He developed the website and kept it refreshed with articles, images and research. He edited and published journals and continued the tradition of transactions that recognised and promoted individual research on topics of local history. ”

His funeral is on Thursday, 5th January at St Lawrence’s Church, Biddulph, at 11am prior to interment at Woodhouse Burial Ground. Donations are preferred to the RNLI and Cancer Research.