The ‘communities left behind’ feature in book 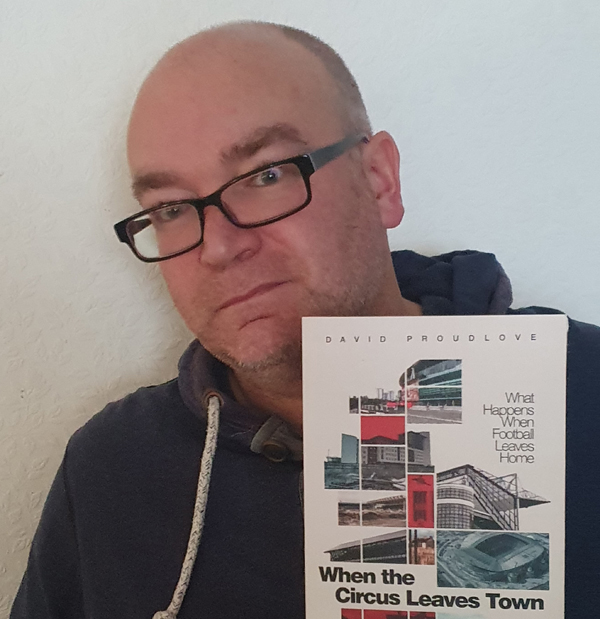 The impact of football clubs leaving their traditional homes is the subject of a book written by the vice-chair of Alsager Town FC.

Dave Proudlove, who has always followed Stoke City, said he remembered the matchday routine for him and his dad when the Potters played at the Victoria Ground.

That all changed when City moved from its home of 119 years to the Britannia Stadium – a change that thousands of other footballs fans across the country have also experienced.

In his book When the Circus Leaves Town: What Happens When Football Leaves Home, Mr Proudlove, of Knypersley, looks at what replaces the terraces, stands and floodlights that tower above old town centres and terraced streets.

Starting in the north, he travelled south and visited housing estates, retail parks and “shiny” new stadiums to see how areas around former football grounds had changed and also talked to club officials, developers, politicians and fans.

“The book is about what happens when football clubs leave their traditional homes for elsewhere and the social, economic and emotional impact that can have,” said Mr Proudlove, (46).

He has examined what happened to football clubs post-Taylor Report, published following the Hillsborough tragedy in 1989, which recommended that all major stadiums converted to being all-seated.

In a former life, the property developer worked on the redevelopment of Manchester City’s old Maine Road ground after the club moved to what became the Etihad Stadium, built for the Commonwealth Games in 2002.

He was working for a Government agency that helped with funding the demolition of Maine Road and the plans that followed to transform the area for housing, which was described as an “urban village” with a community centre.

“I thought that this might make a good subject for a book but it took another 10 years to do something about it,” he said.

Mr Proudlove said he was “torn” when comparing the old to the new.

He mentioned a friend who grew up in the Whalley Range area of Manchester who was a big Man City fan.

“When I asked him about the move from Maine Road, he was not really bothered. He said ‘in my lifetime they were always crap at Maine Road’.”

“I used to go with my dad to watch Stoke at the Victoria Ground and he was a creature of habit. The move to the Brit broke this up and over time he, like other fans, had to develop new routines,” he recalled.

He said: “But it’s over 30 years since the Taylor Report and we’ve got a whole generation of new stadiums. Football has moved on.

“What is interesting is that the model of the approach to stadium moves, and what happens to the communities left behind, has changed.

“To begin with, post-Taylor Report it was all about the finance to enable a stadium move to go ahead and there was very little thought about what would happen to the communities left behind.”

To this end, a section of the book examines what is happening at Everton.

The Toffees’ new stadium is being built at Bramley-Moore dock on the banks of the river Mersey in Liverpool, a couple of miles from the club’s historic Goodison Park home, a traditional football ground surrounded by streets of terraced houses.

Mr Proudlove begins his book recounting his experience of going to watch Stoke City for the first at the Victoria Ground, how he fell in love with Stoke and football stadiums.
“Stoke have been at the Britannia for 25 years now and in hindsight when I look back at the mid-1990s it’s a completely different animal.”

He explained that the Potters had moved to their new home for economic reasons and, while the best option was to raise £6m for the move back then, the club struggled to do that.
Club chair Peter Coates acquired the Britannia Stadium through his Bet365 subsidiary, 10 years after the move there, which was followed by promotion to the Premier League.

“It just shows how Stoke City as a club changed from the time of the Britannia’s original development when it was in its pre-promotion and pre-Premier League period,” he said.

When the Circus Leaves Town has been published by Pitch Publishing, one of the biggest independent publishers of sports books. Mr Proudlove was full of praise for them: “They have been super to work with. They told me sales have been solid and have received some fantastic feedback. Reviews have been great, too, so it has made it all worthwhile.”

• When The Circus Leaves Town is available from Amazon priced £12.79.