Time to work up a sweat at town’s community gym 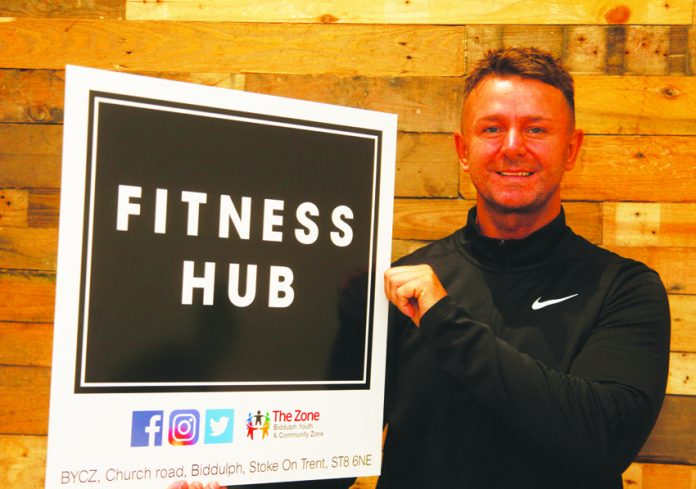 Families can get fitter thanks to a new gym and dance studio at Biddulph Youth Community Zone.

An open day is being held on Sunday at the Church Road premises following the completion of building work for the project, funded by a £45,000 grant from Sport England.

Sport England is responsible for growing and developing grassroots sport and getting more people active.

Antony Capostagno, the manager at Biddulph Youth Community Zone, said: “Hopefully it will have a positive impact on the local community, and it will give those who don’t go into other gyms the opportunity to come to ours – it’s a little bit smaller than most and it’s friendlier.

“It’s a community gym available to everybody, it’s all about enhancing the community.”

Mr Capostagno added: “We received the grant from Sport England, they’ve been amazing! We’ve worked really well in partnership with them.

“We applied for the grant last year and received confirmation stating that they’d fund our plans, so started building around March. It is very exciting, not just for us but for the whole community.”

Sunday’s family launch day will run from 11am-3pm and attractions will include a bouncy castle, glitter tattoos, plank and press-up challenges for prizes. Membership discounts will be available for those that attend.

Information will also be available about how to hire the dance studio.

In July, the Chronicle reported how young sports enthusiasts from disadvantaged backgrounds could benefit from a new scheme being launched in Biddulph, after teachers said physical activity levels had “gone through the floor”.

The town’s reinvigorated sports council announced plans for a programme that is hoped will give opportunities to students that may not have been open to them previously for financial reasons.

The idea is that teachers would nominate students they feel might need some help with getting involved and the council would then discuss the application.