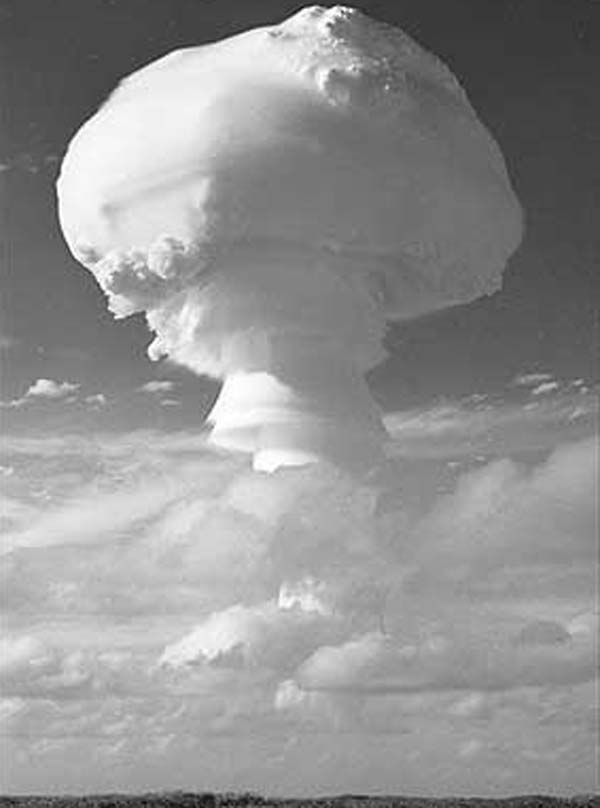 Dear Sir, – Finally UK nuclear veterans (in my case 65 years waiting) are to get the recognition deserved for unique, special service. For many it will come far too late.
Today’s announcement that a medal is to be issued to those who took part in any of the hydrogen bomb tests is long overdue. Some have been kept waiting for over 70 years.

In October 1957, at that time serving in the RAF, I was one of a draft aboard a Super Constellation on our way to Christmas Island (Kiritimati) via Baffin Island, New York, Seattle and Honolulu. This was at a time when a severe flu epidemic was rampant back home.

My first two weeks on arrival was spent in quarantine. I was not complaining. The weeks before the big event were spent in conditions far from comfortable but not arduous.

Then on the day I was instructed to enter a coconut palm grove and take a sitting position with my back against a palm tree. With hands covering eyes that were held tight shut I then, as I listened to the countdown broadcast by Tannoy, buried my face in my lap. Even so the bomb flash was so brilliant that for a second – it seemed much longer – I could see all the bones in my hands and fingers. Then came the funny few seconds having to stand and run before the bomb blast brought ripe, heavy coconuts in their copra shells raining down on one’s head.

Once in the open the bomb burst was visible grabbing everyone’s attention until the blast hit. I can still hear the noise as it rattled the palm trees at the same time as bowling bodies over with such unexpected force.

This bomb was 140 times bigger than the one dropped on Hiroshima. Seen and felt by the nuclear veterans but hopefully, pray to God, by no others in the future. – Yours faithfully,

• The Government’s has announced the Nuclear Test Medal, a victory for veterans and their families, who have campaigned for years for recognition. Prime minister Rishi Sunak said the medal was “an enduring symbol of our country’s gratitude” to the test veterans.
“Their commitment and service has preserved peace for the past 70 years, and it is only right their contribution to our safety, freedom and way of life is appropriately recognised with this honour,” he said.
He attended the first ceremony for the nuclear veterans at the National Memorial Arboretum, Staffordshire, marking the 70th anniversary of the UK’s first atmospheric atomic test on 3rd October, 1952.
The detonation of a plutonium implosion device aboard a Royal Navy ship in the Montebello Islands off Western Australia, dubbed Operation Hurricane, made Britain the world’s third nuclear-armed nation, after the United States and Russia. The UK set off further nuclear explosions in Australia and ocean territories, including on Christmas Island, over the following years.