Wartime plaque could have been put in skip 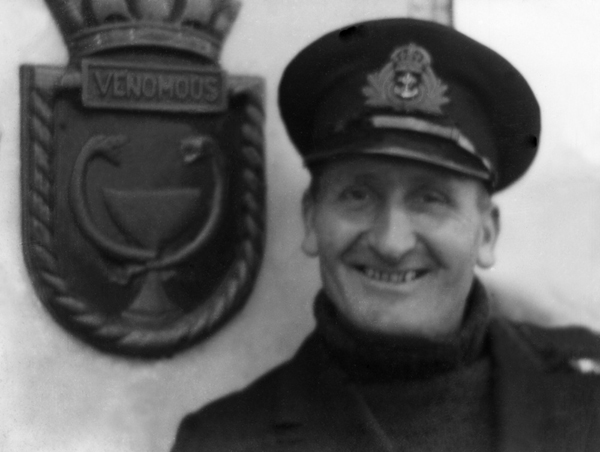 The picture is a plaque like the one Congleton would have received.

A historic plaque presented by the destroyer ship sponsored by Congleton in World War Two may have been dumped in a skip, it has emerged.

As we have reported, a caretaker only two months into a new job in Sandbach Town Council discovered a plaque for the Vimiera, the ship sponsored by the town in WWII, gathering dust in a cupboard.

The sponsorship money was raised through Warship Week, a national savings scheme in which cities, towns and villages throughout the country were given a target for money invested in a new Government savings scheme – effectively lending money to the Government to spend on the war.

Sandbach was given a target of £120,000 and managed to raise £163,880. In return, the town was allocated a V-class destroyer, HMS Vimiera, which was sadly sunk when it hit a mine in the Thames Estuary; 96 lives were lost.

While researching for that story, we discovered that the last survivor of the destroyer adopted by Congleton in WWII, Frank Witton, turned 100 on Friday.

Bill Forster, who is heavily involved in the V&W Destroyer Association (V and W being two classes of destroyer), kindly let us use information on the former crew member of Congleton’s destroyer, HMS Woolston – but said the plaque presented by the ship to Congleton had been lost.

However, Congleton Museum’s Ian Doughty contacted us to say: “Anyone who has visited the museum will have been able to see these ‘missing’ items as they have been on open display for at least 12 years.

“One was given to the ship in 1942 to mark its adoption by the town and the other is the bronze plaque of the Woolston’s badge of a Roman Galley that the ship will have given to the town.

“The plaque given to the ship must have been returned to Congleton following the ship’s decommissioning.”

He added: “I can only assume that it was then presented, by the corporation, to Ald Frank Dale who was mayor in 1941-43 when the ship was adopted, as a mark of his contribution to Congleton’s war effort.”

It was customary for the town to present a plaque to the ship, often bearing the crest of the town. After the war when warships were scrapped these were often (but not always) returned to the towns. The sponsored ship also presented a plaque of its own to the town.

And the plaque presented to Congleton is still missing – and one of Mr Forster’s colleagues reported he was told it had been thrown in a skip.

Said Mr Forster: “The ship’s crest on the wooden shield is a boat badge from one of the ship’s whalers. It is not the plaque presented to Woolston by the Admiralty.

“I fear my informant was correct, and the Admiralty’s plaque was not kept by Congleton.”
“My informant, a retired librarian, was shocked at this.”

We’ve still had no word on Biddulph’s plaque. Being smaller, the town raised money for an MTB (motor torpedo boat) but would have been presented with a standard crest.
In 1942, Lt-Col ERC Ames MBE TD formally opened Biddulph’s Warship Week on the Knypersley Cricket Ground. A parade representative of HM Forces, civil defence, and other national organisations toured the main streets, the salute being taken at the Crown and Cushion on High Street. After the parade, military displays for the benefit of the public were held on Knypersley Cricket Ground.

Mr Forster has also asked readers to help track down the plaques presented to Wilmslow, which adopted HMS Winchelsea in 1942.

The Alderley and Wilmslow Advertiser covered the lead-up to warship week and the follow-up between 1941 and 1947 when the plaques were returned to Wilmslow by the Admiralty and put on display in Green Hall, the former home of William Paulden, a large landowner and wealthy draper, which became the Wilmslow council offices. Green Hall was destroyed by fire in 1978.

“At present, the fate of the plaques exchanged by Wilmslow and HMS Winchelsea after Warships Week in 1942 is not known but must be assumed to have been destroyed in the fire,” said Mr Forster.

We don’t cover Wilmslow, but does anyone have any information? Email chronicleseries@aol.com or call our news desk on 01260 273737.